As soon as five or six thousand of his troops were landed, Buonaparte commenced his march on Alexandria. The Turks manned the walls, and resisted furiously, incensed at this invasion by a Power with which they were nominally at peace. But the walls were ruinous; the French forced their way over several breaches, and commenced an indiscriminate massacre. The place was abandoned to pillage for four hours. As the Mamelukes were hated by the Arabs and the Copts, and were the military mercenaries of the country, chiefly recruited from Georgia and Circassia, Buonaparte determined to destroy them. He considered that he should thus rid himself of the only formidable power in Egypt, and at the same time conciliate the Bedouins and Fellahs. On the 7th of July he set out on his march for Cairo with his whole force. He marched up the bank of the Nile, but at such a distance as to prevent the soldiers from getting any water to quench their burning thirst. It was all that Buonaparte could do to keep his troops in subordination. For fourteen days this melancholy march was continued, when they came at once in sight of the Pyramids, not far distant from Cairo, and of the army of the Mamelukes, drawn up across their way, headed by Murad Bey. This force consisted of five thousand cavalryMamelukes, mounted on the finest Arabian horses in the world, trained to obey the slightest touch of the rein, to advance, wheel, or fly with wonderful rapidity. The riders were all fine men, armed with sabres, pistols, and blunderbusses of the best English workmanship. They were deemed invincible and were ruthlessly cruel. They presented in appearance the finest body of cavalry in the world, the plumes of their turbans waving in the air, and their arms glittering in the sun. There were, moreover, twenty thousand infantry lying in a slightly-entrenched camp on their right;[467] but these were a mere rabblefellaheen, or, in other words, peasantry, brought from their fields, and armed with matchlocks. They had forty pieces of cannon to defend the camp, but these had no carriages, being mounted on clumsy wooden frames. Buonaparte drew up his army so as to keep out of gunshot of the camp, and to deal only with the cavalry first. He formed his troops into squares to resist the onslaught of the cavalry; and as he saw the Mamelukes come on, he called to his men, "From yonder Pyramids twenty centuries behold your actions!" The Mamelukes came thundering on like a whirlwind, and sending before them the most horrible yells. Murad Bey said he would cut up the French like gourds. One of the French squares was thrown into confusion, but it recovered itself, and the battle was instantly a scene of the most desperate fury. The Mamelukes fought like demons; but, finding that they could not break the French ranks, whilst they and their horses were mown down by musketry and artillery, in despair they flung their pistols at their foes, backed their horses up to them to break them by kicking, and finding all unavailing, fled. Such as were left wounded on the ground crept forward to cut at the legs of the French soldiers. Both cavalry and infantry then, by swimming their horses, or in boats, attempted to cross the Nile, but the greater part were drowned in the attempt. Murad Bey, with the residue of his Mamelukes, escaped into Upper Egypt. One of Lavals modern admirers, the worthy Abb Ferland, after confessing that his zeal may now and then have savored of excess, adds in his defence, that a vigorous hand was needed toEducacin democrtica en Sudbury Valley School

[11] Le Roy Frontenac, 29 Avril, 1680. A decree of the council of state soon after determined the question of presidency in accord with this letter. dits et Ordonnances, I. 238.[See larger version]GREENBERG, Daniel (2003)
Edicin realizada por Marin Fuentes y Javier Herrero.

It is not easy in the days of a milder administration of penal laws than a century ago the most sanguine could have dreamed of to do full justice to those who laboured, as Beccaria and his friends did, at the peril of their lives and liberties, for those very immunities which we now enjoy. We cannot conceive that it should ever have been necessary to argue against torture, or that it should have been a bold thing to do so; still less can we conceive that it should ever have had its defenders, or that men should have been contented with the sophism, that it was indeed an evil, but an evil which was necessary and inevitable.Por fin, libres es una obra de inters para docentes, alumnado, madres-padres y todasaquellas personas interesadas en construir da a da escuelas democrticas. Este libro,escrito por Daniel Greenberg, miembro del actual equipo adulto y del inicial que fundoel centro, recoge las experiencias de los veinte primeros aos de vida de la escuelademocrtica autogestionada Sudbury Valley, la cual abri sus puertas en 1968 enFramingham [Massachusetts] para chicos y chicas de cuatro a diecinueve aos. Leer ms

In the House of Lords the Earl of Aberdeen, Foreign Secretary in the late Government, strongly censured our foreign policy with regard to Northern Italy. He spoke with delight of the brilliant victories and rare generosity of Radetzky, and warmly eulogised the administration of the Austrian dominions in Italy. Lord Brougham spoke strongly on the same side with Lord Aberdeen, indignantly condemning the Italian policy of the Government. On the 20th of July he moved[588] a set of resolutions on the subject, in which he also praised Austria, as being just and moderate, while Sardinia was aggressive and faithless. He spoke of "the terrible tyranny established by those firebrands of revolution, Mazzini and Garibaldi." He considered that an eternal debt of gratitude was due to General Oudinot, for conducting the siege in such a manner as to avoid any waste of blood, and to preserve the treasures of art of which that city was the repository. With reference to Southern Italy he protested against the conduct, not only of our regular diplomatic body, but of "that mongrel sort of monsterhalf nautical, half politicaldiplomatic vice-admirals, speculative ship captains, observers of rebellions, and sympathisers therewith;" the officers alluded to being Lord Napier, Sir William Parker, and Captain Codrington. The Earl of Carlisle, in reply to Lord Brougham, ably defended the conduct of our diplomatists and officers throughout the Sicilian contest, and repelled the sarcasms with which they were assailed. He vindicated the foreign policy of Lord Palmerston, and called upon the House to reject "the illogical and unmeaning" resolutions of Lord Brougham. Lord Minto, also, at length defended the course he had taken. The Marquis of Lansdowne, while willing to rest the defence of the Government upon the able speech of Lord Carlisle, made some remarks in answer to the charge of partiality brought by the Earl of Aberdeen against Lord Minto, after which the House divided, when the resolutions of Lord Brougham were rejected by a majority of 12. 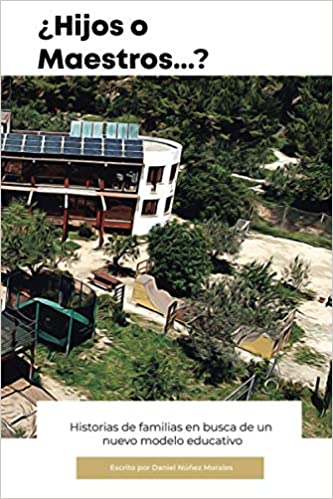 It was found that the potato was almost the only food of the Irish millions, and that it formed their chief means of obtaining the other necessaries of life. A large portion of this crop was grown under the conacre system, to which the poorest of the peasantry were obliged to have recourse, notwithstanding the minute subdivision of land. In 1841 there were 691,000 farms in Ireland exceeding one acre in extent. Nearly one-half of these were under five acres each. The number of proprietors in fee was estimated at 8,000a smaller number in proportion to the extent of territory than in any other country of Western[536] Europe except Spain. In Connaught, several proprietors had 100,000 acres each, the proportion of small farms being greater there than in the rest of Ireland. The total number of farms in the province was 155,842, and of these 100,254 consisted of from one to five acres. If all the proprietors had resided among their tenantry, and been in a position to encourage their industry and care for their welfare, matters would not have been so bad; but most of the large landowners were absentees. It frequently happened that the large estates were held in strict limitation, and they were nearly all heavily encumbered. The owners preferred living in England or on the Continent, having let their lands on long leases or in perpetuity to "middlemen," who sublet them for as high rents as they could get. Their tenants again sublet, so that it frequently happened that two, three, or four landlords intervened between the proprietors and the occupying tenant, each deriving an interest from the land. The head landlord therefore, though ever so well-disposed, had no power whatever to help the occupying tenants generally, and of those who had the power, very few felt disposed. There were extensive districts without a single resident proprietor, and when the absentees were appealed to by the local relief committees during the famine to assist the perishing people, they seldom took the trouble of answering the application.{sjtxt}Este libro surgi con la idea de compartir historias de familias que como consecuencia de la experiencia de convertirse en madres y padres, deciden investigar si es posible otra forma de criar y educar a sus hijos desde una perspectiva diferente a la convencional.
Los protagonistas de estas historias nos abren sus corazones con sus luces y sombras, con sus miedos y dudas… para evidenciar que es posible otra forma de educar y relacionarse con los nios y jvenes; y que este proceso se extiende a toda la familia de una forma holstica.

This website uses cookies to improve your experience while you navigate through the website. Out of these, the cookies that are categorized as necessary are stored on your browser as they are essential for the working of basic functionalities of the website. We also use third-party cookies that help us analyze and understand how you use this website. These cookies will be stored in your browser only with your consent. You also have the option to opt-out of these cookies. But opting out of some of these cookies may affect your browsing experience.
Necesarias Siempre activado

{sjtxt}{sjtxt}Any cookies that may not be particularly necessary for the website to function and is used specifically to collect user personal data via analytics, ads, other embedded contents are termed as non-necessary cookies. It is mandatory to procure user consent prior to running these cookies on your website.